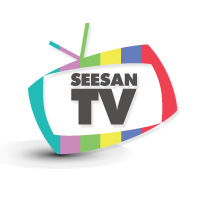 The Walking Dead Season 10    The tenth season of The Walking Dead, an American post-apocalyptic horror television series on AMC is scheduled to premiere on October 6, 2019. Developed for television by Frank Darabont, the series is based on the eponymous series of comic books by Robert Kirkman, Tony Moore, and Charlie Adlard. The executive producers are Kirkman, David Alpert, Scott M. Gimple, Angela Kang, Greg Nicotero, Tom Luse, Denise Huth, and Gale Anne Hurd, with Kang as showrunner for the second consecutive season.

This season adapts material from issue #145 onward of the comic book series and focuses on the group's preparation and war against the Whisperers. Several months after the massacre during the community's fair done by Alpha (Samantha Morton), the season focuses on the united communities as they initiate a fight in order to end the threat of the Whisperers.

The tenth season is the final season for series regular Danai Gurira, who has portrayed Michonne since the third season.